The strange case of the late young investigator Jonathan P. Tennant (alleged rapist) and the Sharia law in UK universities 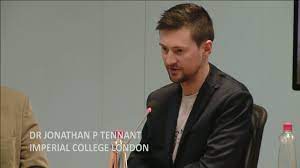 At the end of the last post of Leonid Schneider´s blog, link above, one can read that he ironically disapproves that the sister of the late 31-year-old researcher Jonathan P. Tennant (Ph.D. by the Imperial College, who was granted the Janet Watson award for research excellence and who had interesting ideas about open science, see doc with 293 pages) intends to bring to justice those involved in the harassment of his brother, who was allegedly accused of being a rapist by "academics working at the University of Sheffield (UoS), the University of Birmingham (UoB) ..."
Leonid Schneider (Ph.D. by the University of Dusseldorf and former senior Post-Doc at the Max-Planck Institute) takes it for granted that he was indeed a rapist and that therefore his sister Rebecca Tennant is wrong in her decision. I understand however that when it comes to find out whether Jonathan´s sister is right or wrong the future will bring the right answer, but the description of the Tennant case given in the link below leaves many doubts about the fact that the late young investigator JPTennant was, in fact, a rapist, someone who has never been convicted or even accused by the judicial authorities. https://medium.com/@vdeherde/how-tweets-portrayed-jon-tennant-as-an-offender-and-which-small-group-of-people-was-behind-these-f1c8c20f6955
PS - Probably Rebecca Tennant is not aware that many in Academia seem to hate the due process of law and prefer instead the Sharia Law https://pacheco-torgal.blogspot.com/2019/10/public-shaming-in-academia.html
à(s) janeiro 29, 2022